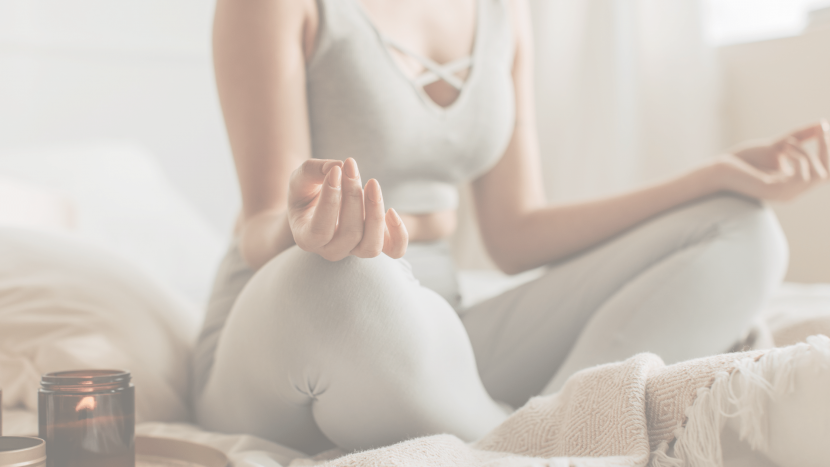 Modern media and advertising think that yoga is all about physical poses, but in actuality it includes a wide range of contemplative and self-disciplinary practices, such as meditation, chanting, prayer, breath work, ritual, and even selfish action.

The root word for yoga is “yuj,” which means “to yoke” or “to bind” in Sanskrit.

The physical practice and postures of yoga are called yoga asana.

The scientific research into yoga’s benefits is still preliminary, but much of the evidence so far supports what practitioners have known for thousands of years: yoga is beneficial to our overall well-being.
The benefits of yoga can be seen in greater depth.

People were selected for yoga because they wanted to increase flexibility.

Flexibility is important for physical health. There are many styles to choose from, ranging in intensity from high to moderate to mild. Flexibility has been found to be increased by even the lowest intensity styles.

It makes sense that the second most cited reason people choose to do yoga is to relieve stress. Science supports that yoga is an excellent way to reduce stress.

Physical practice is just one part of yoga. It has been shown that meditation, breath work, and sound baths can reduce tension and relieve stress.

According to a meta-analysis of 23 interventions looking at the effects of yoga-based treatments on depression, yoga can now be considered an effective alternative treatment.

Both movement-based yoga therapies and breathing-based practices have been shown to improve the symptoms of depression.

One review looked at 15 research studies and found that yoga reduced inflammation in several chronic conditions.

The effectiveness of yoga in building strength has been studied in a number of contexts, for instance, as it pertains to people with breast cancer, older adults, and children.

Yoga is an effective strength-building practice for many age groups of healthy participants, according to a study conducted on air force personnel.

Several studies show that yoga asana can be used as an alternative treatment for anxiety disorders.

The benefits of yoga nidra have been shown to reduce symptoms of anxiety.

Relationships, creativity, learning opportunities, health, and material comforts are some of the factors that affect QOL.

QOL has been viewed as an important predictor of longevity and patients’ likelihood of improvement when treated for chronic illness or injury.

There is potential for yoga to improve QOL in people with chronic pain.

You are more susceptible to illness when your immunity is compromised.

Some studies show a link between yoga and better immune system functioning.

The enhancement of cell-mediated immunity is due to yoga’s ability to fight inflammation.

It has been shown that yoga improves balance and performance.

A review of the research conducted on healthy populations suggests that yoga may improve balance for most people.

Falling can have serious effects on certain people. According to the Agency for healthcare research and quality, falls are very common among older adults in nursing facilities, and even the simplest ones can lead to an increased risk of death.

There are more studies that need to be done before a conclusion can be drawn.

People with brain injuries can be helped by yoga asana.

Older adults or people with injuries who are less mobile can benefit from adaptive yoga or chair yoga.

A review of 1,400 studies looked at the overall effects of pranayama. Several systems in the body can be improved by yogic breathing.

The cardiovascular system benefited from controlling the pace of breathing as shown in the research summarized in the review.

How quickly people fall asleep and how deep they sleep can be improved by yoga. The mental calming and stress relief provided by yoga is one of the reasons for this.

There is evidence that yoga can help with the symptoms of obsession, anxiety, and depression in patients with Anorexia nervosa.

The lead leg is bent at the hip and knee in Warrior II. Isometric exercises have been shown to increase bone density.

Osteoporosis and osteopenia may be reversed by yoga asana. According to a study, just 12 minutes of yoga per day can improve bone health.

It is important to note that the findings related to yoga’s impact on bone density have been mixed so far.

One recent review of 34 research studies found that yoga improved brain functioning in the centres responsible for interception and posture.

Yoga’s focus on mobility and flexibility can contribute to better alignment by releasing muscles that are often tight, improving mobility of the spine can be achieved with the help of the hamstrings.

During your workouts, you can do yoga poses to promote better posture.

The areas of the brain responsible for motivation, executive functioning, attention, and neuroplasticity were found to be activated by practising yoga.

According to a recent study, yoga-based meditation interventions helped reduce the effects of burnout by improving interceptive awareness.

This is the ability to notice internal signals, and yoga may help people become more in tune with their body’s signals.

It’s the bottom line.
While the research is still young, the results are promising and confirm what yoga practitioners have been saying for thousands of years: yoga is beneficial for our overall health.

Numerous practices fall into the category of yoga, and most do not involve physical activity. Even karma or philanthropic action can qualify as yoga!

You can do yoga on a daily basis because it is not limited to physical movement.

Investing in yoga practice is an investment in you. Find out about the classes & courses available to you at Glolife